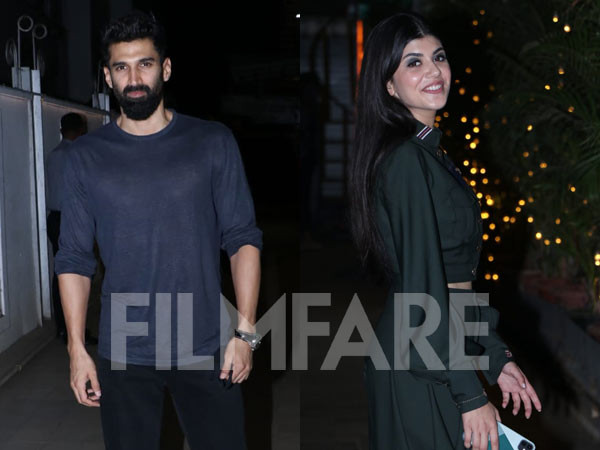 Ever since Aditya Roy Kapur beefed-up for Malang, the actor has become the new hottest man in town. While earlier he had the cute-boy looks going on for him, but in recent times his sexy beast avatar is grabbing all the eyeballs and even getting him some tough and mean roles in his kitty.

Last night we spotted Aditya Roy Kapur partying hard as he wrapped up a schedule of his next film Om: The Battle Within. The film is directed by Kapil Verma and the makers to host a party for the first schedule wrap. Aditya was seen in his basic casual avatar, but oh boy! That super fit bod and the hot beard game on, Aditya managed to soar the temperatures. He was seen posing for pictures with the director at the do. Also seen was the film’s leading heroine DIl Bechara fame Sanjana Sanghi. Sanjana looked pretty in a green number.

Om The Battle Within is an action-packed drama and the makers are gung ho to complete the shoot as soon as possible, amidst the pandemic. Check out the pictures here from their pawri-night!