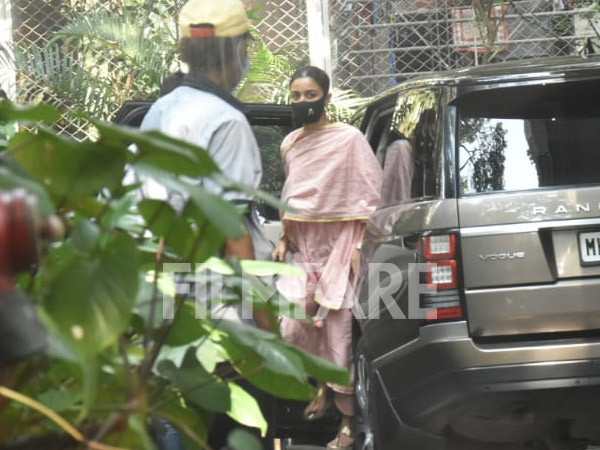 Actor Alia Bhatt was papped at ace director Sanjay Leela Bhansali’s Juhu office in Mumbai. The actress will appear as the lead in Bhansali’s next big project called Gangubai Kathiawadi which is based on the life of Gangubai Kothewali who was said to be the most feared brothel owner Kamathipura, a popular red light district in Mumbai. Ajay Devgn will also reportedly appear in a cameo role in the film and is said to have given 10 days to SLB to complete the shooting for his part.

Alia Bhatt will also star opposite Ranveer Singh in a romantic comedy and is also set to star in Ayan Mukerji’s fantasy film Brahmastra opposite beau Ranbir Kapoor.