Kartik Aaryan arrives on his cool bike to work 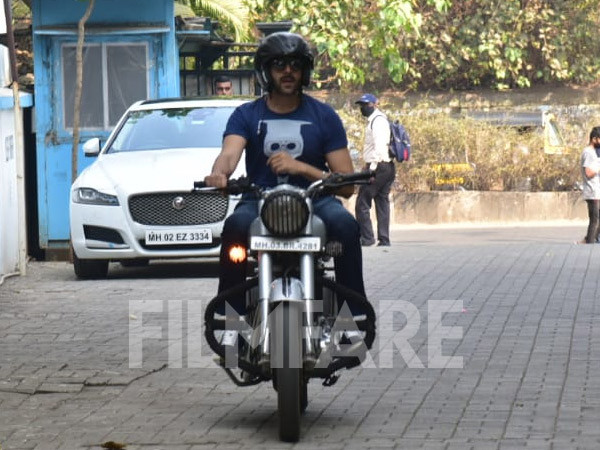 Kartik Aaryan might not have been around in the industry for several decades, but the man has swiftly made a place in the hearts of the audience. His good looks and charm come in handy to make the audience swoon over him. Some of his films too have done great business at the box-office making him a current favourite of several producers.

His line-up of films in the coming months is impressive and all seems to be going well for the lad. Today, we snapped him arriving for a photoshoot on his bike, a Royal Enfield. He looked smart in a pair of jeans and a cool printed royal blue T-shirt which had old-school written on it. Check out all the pictures from the spot below.