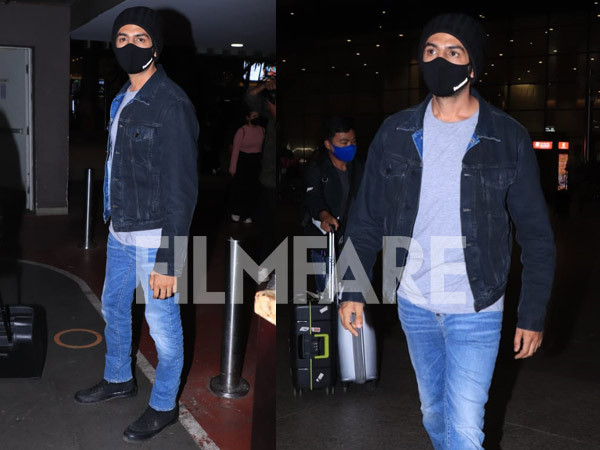 We’ve heard that Kartik Aaryan is playing the role of a superhero Phantom in one of his next films but looks like in real life too he’s no less than a superhero. Ever since the actor has decided to get back at work, he’s been working round the clock and seen at several places. At times while he’s meeting some directors and locking big deals, and at times we see him at dance studios and rehearsing for some kickass steps. And amidst this hectic schedule he even flies down to Kerala for a short-break and returns back to the bay.

Last night the paparazzi clicked Kartik Aaryan at the airport as he returned from his break. He was seen in his casual avatar – with denims, grey tee and a jacket on. His new style accessory has become a cool beanie, which he likes to wear wherever he goes.

Kartik Aaryan had shared few clicks from this mini-break of his on Instagram story, where we had seen him chilling at some scenic place surrounded by palm trees.