12 Bollywood Films and Web Shows That Sparked a Controversy 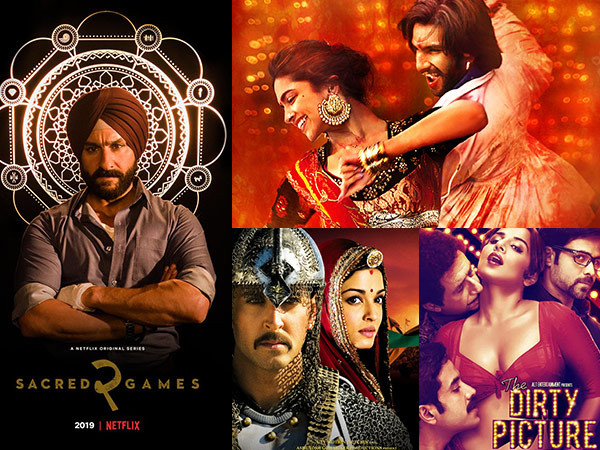 Bollywood and controversies have had multiple encounters. Right from the films being made to the personal life rumours of our favourite celebrities, it all spreads like wildfire amidst the masses waiting for the next intriguing headline. With evolving times, there are a lot more platforms that have come to the forefront which have been imbued with hard-hitting and bold content.

The latest show that has stirred quite a frenzy among the viewers is the Saif Ali Khan-starrer web series ‘Tandav’. Controversies surrounding the show are rife as it has been accused of hurting religious sentiments. An FIR has also been registered against the team behind the show. On that note, scroll down and have a look at a list of Bollywood films and web shows in the past that got into controversies.

Aamir Khan, being the perfectionist that he is, is also known for his incredible social work. However, all those efforts seemed to have turned futile before his movie Fanaa got to release. He was supporting the Narmada Bachao Andolan at that time and that wasn’t well-received by ruling parties. Fanaa, for that reason, never saw the light of the day in Gujarat. It is said that Aamir khan returned a certain sum of his remuneration to Yash Chopra as a consequence of what had unfolded.

Historical period films are often ridiculed because they deviate from accuracy. Jodhaa Akbar, though a visual spectacle and one of the greatest blockbusters of all time, faced a lot of backlash. Said to have hurt Rajput sentiments, this Ashutosh Gowariker directorial was said to have deviated a lot from history, So much so, the film was banned from releasing in Rajasthan, UP, Haryana & Uttarakhand, Later as the steam seemed to cool down, the ban was lifted.

Even though this film is one of the most critically acclaimed dramas that Karan Johar has under his belt, the film had faced backlash back in the day. Shah Rukh’s comment on the participation of certain Pakistani cricketers in the IPL displeased the political party Shiv Sena immensely. They went on to demand no release for the film and block on-going movie screenings. But with King Khan’s popularity, it comes as no surprise that the film went on to become one of the biggest hits of his movie career.

There was a time when Vidya was receiving all the awards in line because of her bold movie choices. She was a riveting talent who managed to make headlines with her impeccable performances. The Dirty Picture is one of the most controversial movies of her filmography. It was based on the life of Silk Smitha. The posters were bold and provocative and did not go down well with the family of the yesteryear actress. There were instances wherein a legal notice was sent to the makers of the film by Silk Smitha’s brothers as the content being shown irked them.

Indians and their obsession with religious sentiments are inseparable. Something similar took place when a controversy was making rounds of how the 2012 released film Oh My God hurt the religious sentiments of Hindus because of the rituals that were depicted in the film. It was not accepted well and that put the filmmakers in a tough position.

Sanjay Leela Bhansali’s larger-than-life cinematic offering seems to always land into controversies. Ram Leela was his first directorial with Deepika Padukone and Ranveer Singh as the lead cast. This film too found itself in a pool of controversy when the very title of the film – Ram Leela was said to be inappropriate for a movie that had subjects like sex and violence being portrayed. A group of activists went on to file a case at the Delhi High court against the filmmaker and expressed their earnest disapproval. As a result, the title was then later changed to Goliyon Ki Raasleela – Ram- Leela before release.

The controversies surrounding this film are still talked about. One of the biggest period films in Deepika Padukone’s career graph, the film was initially titled ‘Padmavati’. Sentiments of certain religious communities in Rajasthan were hurt and they were against the portrayal of history being depicted in the trailer of the Sanjay Leela Bhansali directorial. There was a bounty put on the lead actress as well as the director. Death threats were passed and it was all fuelled by the presumption of apparent tarnishing of history. 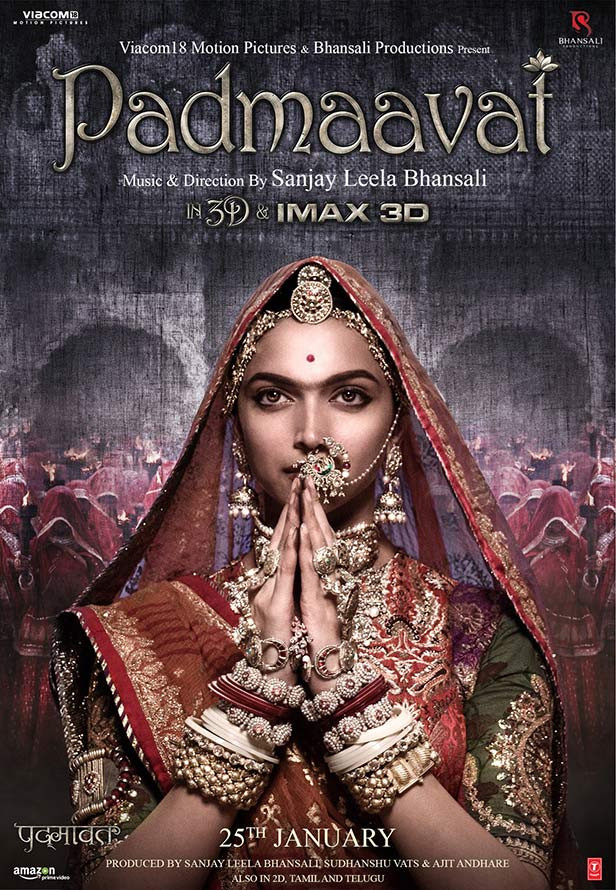 There were a lot of dilly-dallying smeared across this film before it finally got a release in the multiplex. The film was critically acclaimed and was awarded in a handful of film festivals, including the Oxfom Award for Best Film on Gender Equality. However, the CBFC was against the bold content shown in this female-oriented film. The film shed some light on the discussion of female fantasies for life and that did not go down too well with the concerned authorities.

Just like his latest web show – ‘Tandav’, Saif Ali Khan had managed to create a buzz with his first and one of the most successful web series on the OTT platform – The Sacred Games. Season 1 was loved and appreciated by one and all. However, it is season 2 that sparked quite a lot of humdrum amidst the masses. A BJP leader had filed a police complaint against Anurag Kashyap for a disdainful portrayal of Sikh Culture. One of the scenes had Saif toss his Kada in the sea that was extremely disrespectful for the Sikh community and was not taken lightly.

Be it web shows or films, it is bound to stir a controversy if it has a political angle in its storyline. Exactly the fate that was faced by MX player’s web show Queen. The story revolved around the controversial life of late Tamil Nadu Chief Minister Jayalalithaa. It is said that Jayalalithaa’s niece and nephews went ahead and filed a case against the makers of the show. They believed that the portrayal of Jayalalithaa was shown in an innocuous way and that no family consent was taken before its making. They also demanded a certain stay in the credits section for any sort of promotional videos, trailers, and so on.

Another web original with a female lead that wasn’t well received by a certain section of the audience. A Deepa Mehta directorial, it was a book adaptation of a 2017 novel with the same title. Huma Qureshi was the lead in the film who played the role of a Hindu woman in a rather dystopian society. Her daughter is snatched away from her and she is put into a labour camp for her audacity to marry a Muslim Guy. The show is all about her unfailing resilience and bravado as she fights for her right and her daughter. The release of the trailer had courted a lot of controversies, all pointing towards the anti-Hindu vibe in the show. There was a protest with demands for a ban on the show as well.

Stand-up comedians have created their niche in the industry with must gusto. Vir Das is one of the most loved comedians in the entertainment industry. Hasmukh is a rather murky web series in the genre of dark comedy starring Vir Das, Ranvir Shorey, Amrita Bagchi, and Ravi Kishan. The show caught negative limelight when they were sent legal notices as lawyers did not like the portrayal of their profession in the show. They felt their image and reputation were being severely tarnished in the depiction shown. The controversy got very serious as a lot of lashing out took place against how lawyers were being portrayed as deceiving thieves, goons, and scoundrels in the show and went on to demanding Netflix to ban the show from their platform.

Malaika Arora features on the latest episode of a popular celebrity cooking show and has opened up about why she started cooking in the...
Read more
Load more