Home Celebrities 7 roles only Deepika Padukone could pull off
Celebrities

7 roles only Deepika Padukone could pull off 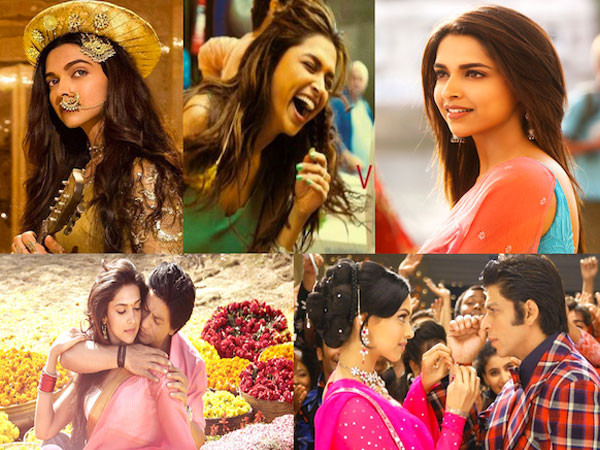 The Mastani of Bollywood aka Deepika Padukone has a special aura about herself that has already made millions go gaga over her. Her journey in Bollywood began with Shah Rukh Khan himself in Farah Khan’s Om Shanti Om. And right from her debut everyone knew that there is something special about her. It’s been over 10 years since we saw her play the beautiful Shanti Priya and in these 10 years she just kept getting better and better after each performance. From playing a wild and fun loving Veronica in Cocktail to the very graceful Mastani in Bajirao Mastani, Deepika Padukone has sure come a long way and is undoubtedly one of the more versatile actresses that we have in the industry. On her birthday, we list down seven of the best roles she has played in her beautiful journey so far :

With her first film itself, Deepika made a place in everyone’s heart. It was hard to believe that this was actually her debut film because she was able to carry off her role so effortlessly. It almost felt that she was born to do this. Her efforts certainly didn’t go unnoticed as she ended up winning the Filmfare award for the Best Debut (Female) that year.

Piku was one of the best characters that Deepika has played till date. Although there was no glamour in the role, she managed to look stunning in the movie. Deepika was playing the role of a mature woman who goes through many struggles in her life and still manages to find happiness in the small things. Frankly we think that Deepika couldn’t have played the role any better. Her work in Piku was widely appreciated by critics as well as the audience. She also ended up winning the Filmfare award for the Best Actor (Female) that year.

Deepika was seen opposite Ranveer Singh for the first time on the big screen so the hype around the movie was huge and it sure did live up to those expectations. The movie was Sanjay Leela Bhansali’s take on Romeo and Juliet with an Indian twist to it. Deepika looked sizzling as Leela and her chemistry with Ranveer Singh was a joy to watch. Her performance in the movie got her accolades and she went on to win the Filmfare award for the Best Actor (Female).

Portraying a historical character can be extremely tough but Deepika did it with much ease and grace. This was the second time in which Deepika and Ranveer were seen together on the silver screen and their chemistry made the movie much more engaging for the audience. From deadly sword fights to impactful dialogues, Deepika got everything absolutely spot on in this film.

Chennai Express is one of Deepika’s most commercially successful movies. In this movie, Deepika definitely took her acting to another level as she was seen portraying the character of a South Indian girl. Frankly we can’t think of anyone who could have done a better job than Deepika. She nailed it with her flawless South Indian accent and her near perfect emotions. The film being an entertaining comedy and her much loved pairing with Shah Rukh Khan helped it strike big at the box – office.

No one could have imagined Deepika as a crazy and fun loving girl that Veronica was but with Cocktail, Deepika broke the norm. In this movie, Deepika played the role of an impulsive party girl to perfection. Deepika’s character was classy yet bold and she sure did not fail to do justice to that role. She looked amazing throughout the movie and her performance was loved by all. She also received several nominations for her role in the movie. 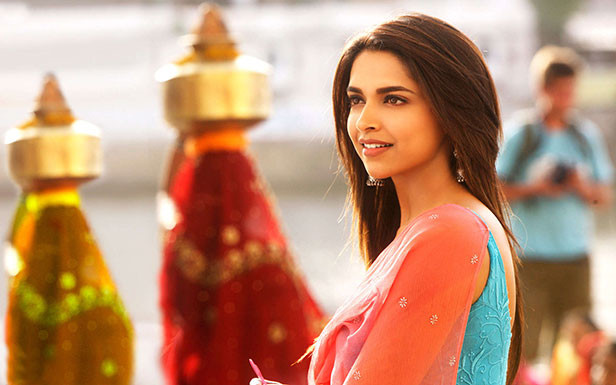 Yeh Jawaani Hai Deewani is another movie of Deepika that did exceptionally well at the box-office. This movie further goes to prove Deepika’s versatility as an actress as she comfortably made the switch from the crazy and wild Veronica to the innocent and adorable Naina Talwar. The chemistry of former real life couple Ranbir Kapoor and Deepika Padukone worked like magic on the screen. The touching story and super catchy songs helped this film become one of the most loved films of all time.

Malaika Arora features on the latest episode of a popular celebrity cooking show and has opened up about why she started cooking in the...
Read more
Celebrities