Home Celebrities Kartik Aaryan gives us a glimpse of his digital avatar for his...
Celebrities 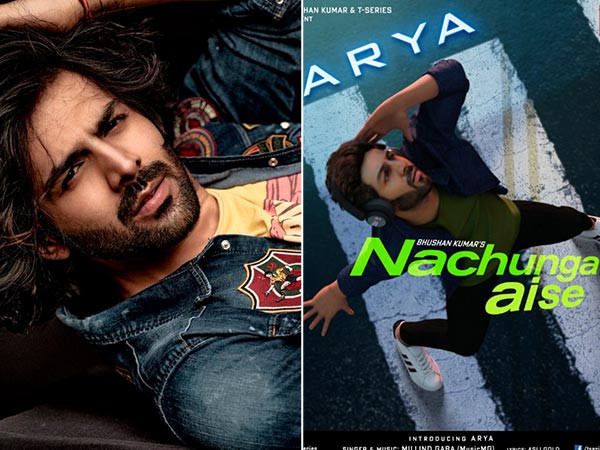 In the past few days, our paparazzi have been posting pictures of Kartik Aaryan, which look quite unreal. While some thought it was his statue on the streets of Bandra, some said he didn’t even wave out while stepping into his house. However, all that confusion is put to rest by the actor himself.

Last evening Kartik Aaryan shared the first glimpse of his next venture. The actor is going to make his debut in the music-video scenario titled Nachunga Aise. Kartik gets a digital avatar for himself for the video and it is this digital-avatar of him that has been spotted in the city and even strikes a cool dance pose in the short video.

He shared the post where we see Kartik’s digital version in a dance pose and the video says – Meet Arya and his caption reads, ‘‘#NachungaAise jaise _______? WithGenius @omraut  @tseries.official #BhushanKumar Two days to go.’ Well now this is surely interesting and never seen before visual for all of us.

This is the first time we see a Bollywood actor have its own digital version for a music video. Kartik Aaryan always makes sure that he does something unique for his new ventures. His chat show Koki Poochega too had rocked the internet for its fresh concept. The music video will be released tomorrow. The video has been directed by Tanhaji fame Om Raut and this is the first collaboration between him and Aaryan. The two will join hands for a film at a later stage as both are busy with their respective projects.