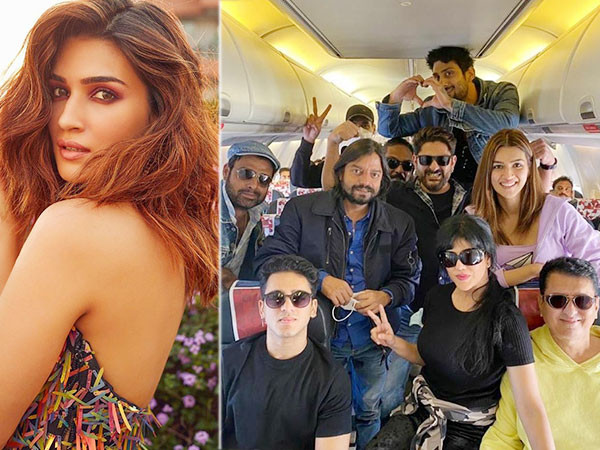 Akshay Kumar was the first superstar to start a film post lockdown in Bollywood with Bell Bottom. And looks like he’s one of the first to start a big project in this new year in tinsel town. The actor is all set to begin shooting for Bachchan Pandey and the team has already started the journey. 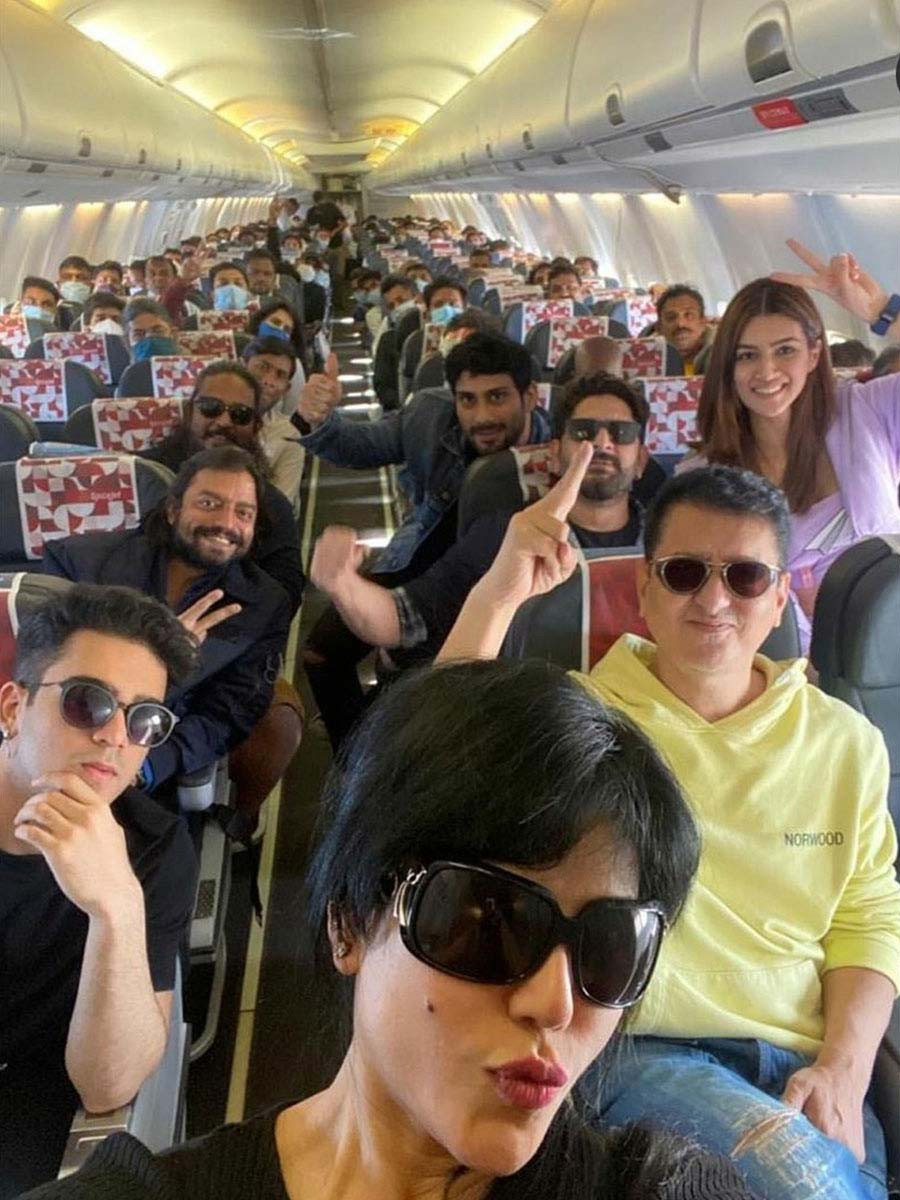 Yesterday producer Warda Nadiadwala took to her social media to share a picture where we see the cast and the team of Bachchan Pandey flying off to Jaisalmer. The film is going to be shot there for 30 days and the team looked super excited to begin this fun ride. Seen in the picture is Sajid Nadiadwala with his wife Warda, Kriti Sanon, Arshad Warsi and Prateik Babbar. The actors are all smiles and excited for this new venture. Kriti Sanon later even took to her social media to share clicks from the flight and later once she reached Jaisalmer she gave us a glimpse of the warm welcome they received from a group of ladies doing the folk dance. Kriti Sanon teams up with Sajid Nadiadwala and Akshay Kumar again post the success of Housefull 4. 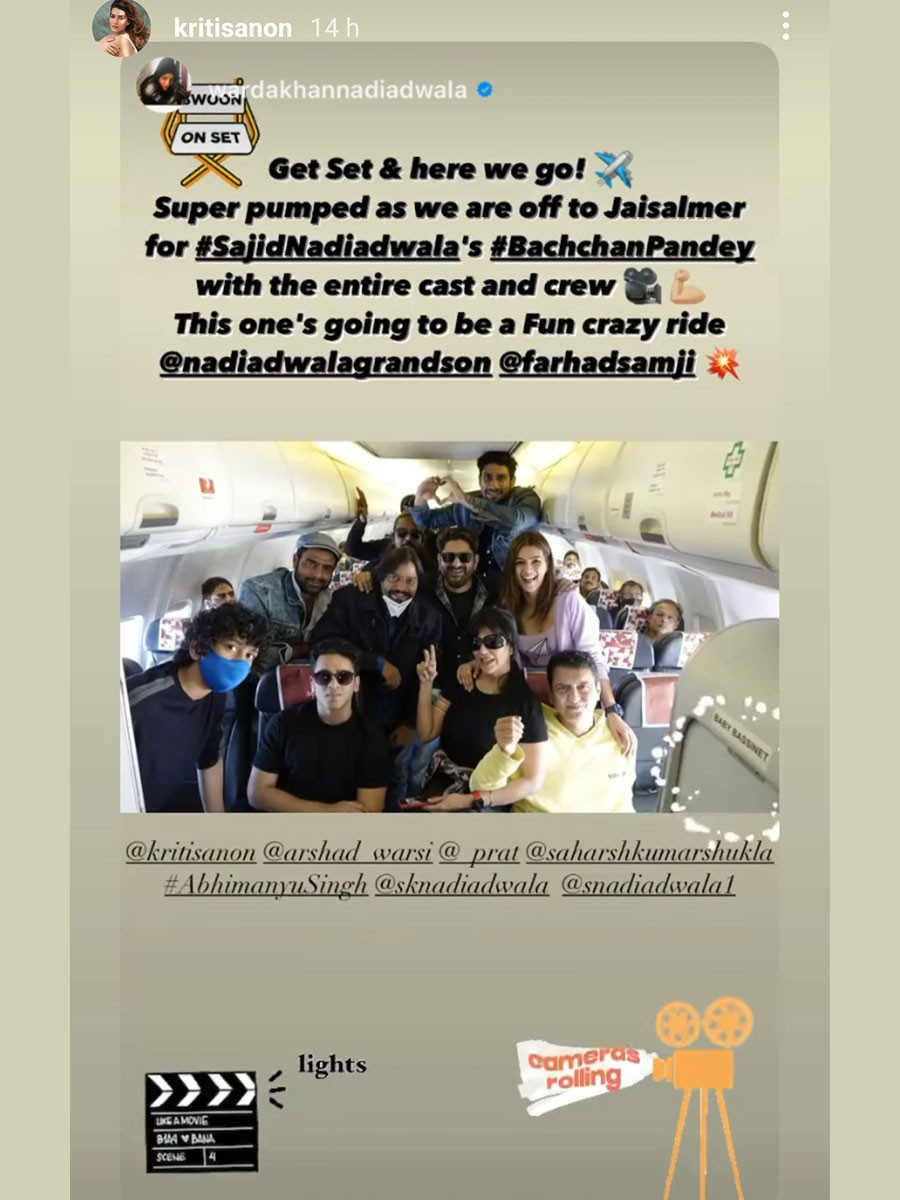 Akshay Kumar will join the team shortly and the shooting commences from January 6th. The film also stars Jacqueline Fernandez. Akshay Kumar is said to be playing a dreaded gangster who aspires to become an actor, while Kriti plays the role of a journalist.