Photos: Janhvi Kapoor and Boney Kapoor snapped at the airport 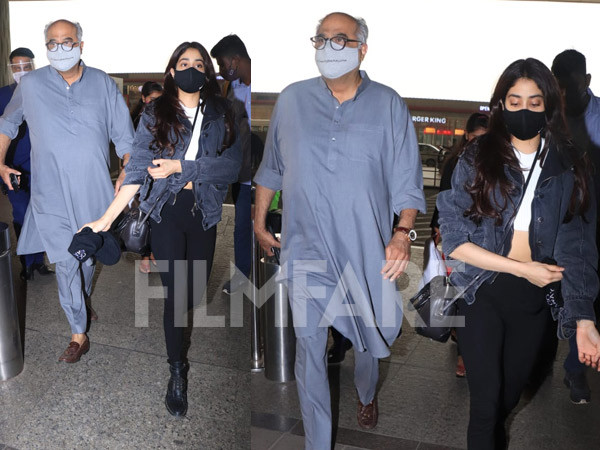 Janhvi Kapoor had a good 2020 as her film Gunjan Saxena: The Kargil Girl won her a lot of appreciation from the critics as well as the audience. Though the film was supposed to be a theatrical release, like many other films, due to the pandemic, it was released digitally. Janhvi will next be seen in Roohi Afsana alongside Rajkummar Rao and Dostana 2 with Kartik Aaryan and newbie Lakshya.

Today, we snapped the actress as she arrived at the airport to jet off from the city along with her father Boney Kapoor. The father-daughter duo made their way into the airport amidst media frenzy. Janhvi was seen looking pretty in a pair of black jeggings, a white crop top and an ash grey jacket. Check out her latest pictures with Boney Kapoor below.