Ravi Teja and Shruti Haasanâs Krack is a big hit 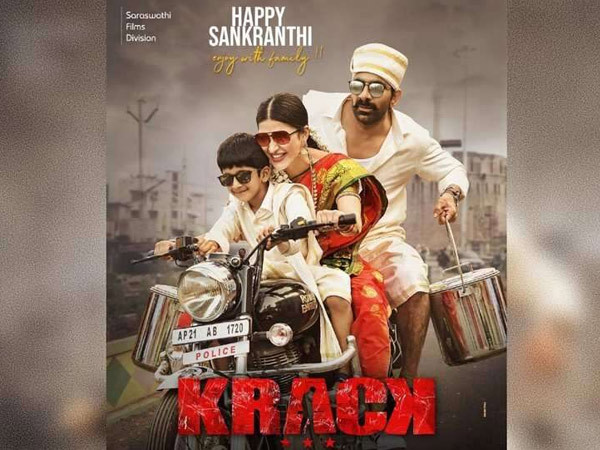 Ravi Teja and Shruti Haasan have collaborated together on Krack. The entertainer hit the theatres five days back and its collections at the box-office prove that it is a big hit. The film has been facing competition from new Telugu releases but is flying above them all in Tamil Nadu.

Krack made Rs 6.30 crore on it’s first day, followed by Rs 3 crore on day two, Rs 2.60 on day three, Rs 2.55 crore on day four and on Thursday it made Rs. 2.20 crore pulling the total up to Rs 16.65 crore. The film was made on a budget of Rs 16.50 crore and has already made more than that in merely five days. Ravi Teja and Shruti Haasan’s film has left behind Vijay’s action entertainer Master too as Vijay’s film made Rs. 1.65 crore yesterday on it’s first day at the box-office which was less than the day fifth collections of Krack. Ravi and Shruti’s film is on it’s way to become the first blockbuster of COVID-19 times at the cinemas and we congratulate the team for the same.