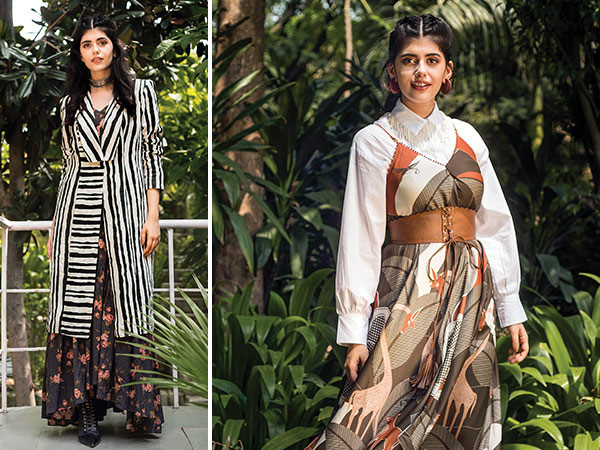 The untimely demise of actor Sushant Singh Rajput left behind a stinging silence for days. What then erupted was a social media movement to seek justice for him and let truth triumph. Amidst the chaos, his last film Dil Bechara was released online. Breaking several records with its digital release, the film was received with a never-seen-before adulation. The film, an adaptation of the Hollywood hit The Fault In Our Stars, co-starred Sanjana Sanghi alongwith Sushant. The young lass became an overnight sensation because of it. While she does feel elated with the success, Sanjana has yet to come to terms with Sushant’s death. She tries to process it in words but fails. Her eyes mist over, her lips tremble as she reflects, “I’m trying to gain the strength to talk about him in the past tense. Somehow I’m not strong enough to go back to that dreadful Sunday, like I call it, because that’s what it was. My phone started blasting at like 100 calls a minute. It was one of the worst afternoons of my life,” she shudders, reliving the tragic moments all over again. 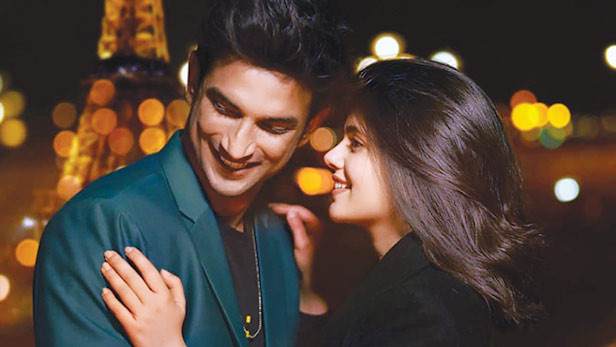 At 23, she hasn’t yet faced the death of close ones. She doesn’t know what it feels like to lose someone permanently. Sushant is the first friend she has lost.  Understandably, it feels like the end of the world to her right now. She hopes that God will one day balance it all out. Sushant was senior to her in the industry. But according to her, he never made her feel like a rookie on the sets. “He had way too much humility in his own craft and way too much respect for other people’s craft to ever make it seem like hey, you are this novice and you don’t know your thing, instead it was that I am seeing you work so hard and I am so proud of you, I’m going to do everything I can to make your scene better,” she recalls.

She has lots of fun memories associated with the shoot of Dil Bechara. She mentions how both she and Sushant were super competitive on the set. So much that he used to send his spot boy over to her van to spy on her. If he felt that she was preparing for the scene more than him, he used to send over some exotic coffee or some book with a note that she should relax and take it easy for a while. She used to lock herself up initially so as to not get distracted but later took his pranks in her stride. She points out that your co-stars are your emotional support on the sets and with time become just like family. You learn to live with their quirks and appreciate them for the people they are. She remembers watching the galaxies with Sushant through his telescope in the night. The telescope used to be parked up on the terrace of their hotel and whenever they didn’t have night shoots, they’d go up to look at the stars. “I’m not interested in the galaxies as much as he was, but he used to watch the stars twinkling and I remember his eyes twinkling and that’s what used to excite me. I really cared about what he cared about…”

She asserts that they never had a difference of opinion on the sets. According to her, Sushant was an accommodating actor open to suggestions from everyone. She describes him as someone who’d go so far deep into a character that he’d  forget everything else. At the same time, there were times he’d end up doing something that wasn’t required for the scene. And if Sanjana caught it, she’d tell him so because he didn’t have an ego about it. “If I felt that in a scene he’d gone away from Manny and become someone else, we’d reached a place where I didn’t have to think twice before saying, ‘Sushant I think you should tone it down’ and he could tell me the same. We’d reached that place and once you reach that then regrets aren’t a thing. You know that whatever you’re saying is in each other’s best interest,” she muses. 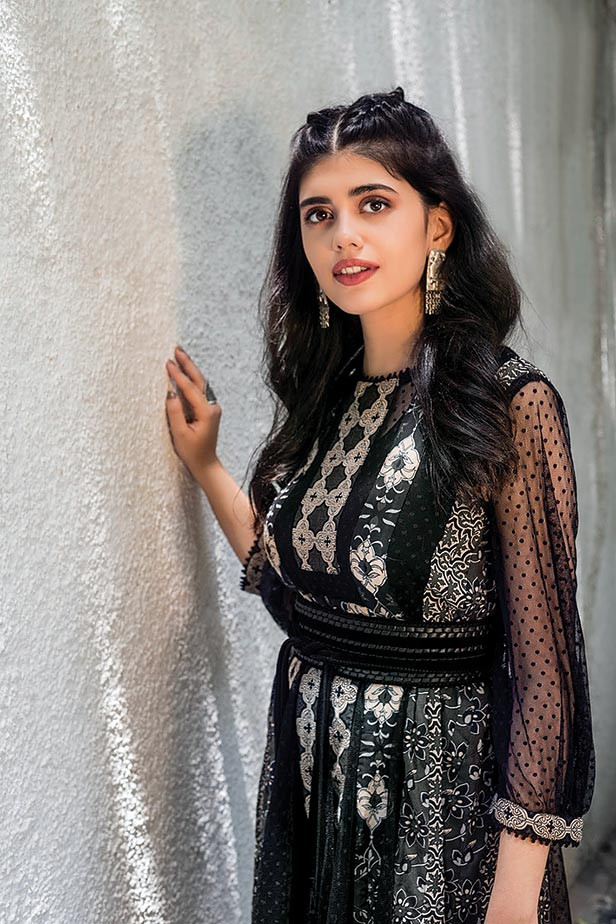 Being a newcomer, she was super excited to learn that AR Rahman was giving the music of her debut film. When director Mukesh Chhabra first told her about it, she thought he was pulling her leg. She was bowled over by Rahman’s dedication. He kept on polishing things over, adding little nuances, enriching the score with every addition he made. “He would make the background score, but he would be like I need two more months because I want to add to it. We were just the luckiest people in the world.” She also finds parallels in her own life and the film’s tracks. She explains that art is subjective and changes with context. Emotions gush out of her like a waterfall created by sudden showers. “The line ‘maza hai ya saza hai ye’ today has a whole different meaning as opposed to when we were shooting the film. I want to ask lyricist Amitabh Bhattacharya about whether he has realised how the words he has written reflect the sheer gutting irony of our lives today. I am dying to meet Mukesh sir and share these emotions with him. It’s too weird and surreal,” she adds, pouring out her wonder, her grief. 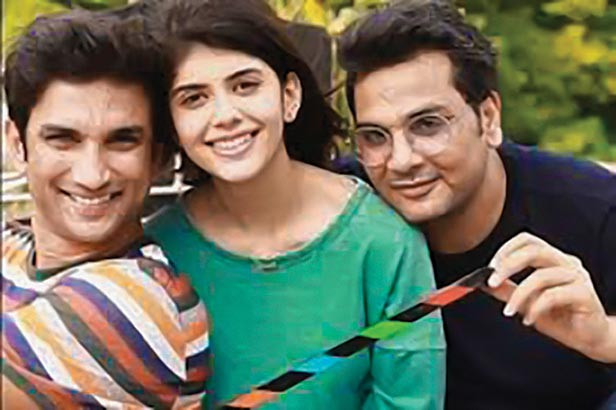 Actors are a strange lot. They get to experience weird things while on the sets. Sometimes, they’re known to get sick while enacting a scene and it happened with her and Sushant as well. They would feel physically unwell before difficult scenes. She recalls how when they were shooting amidst biting cold in a cemetery in Paris, her nose started bleeding in the middle of an emotional scene. “Sushant, who was giving me my cues, noticed it and called for a cut. He gave me his handkerchief to wipe off the blood. I was so engrossed in the scene that I didn’t even notice. He was so worried he made me lie down and called for an ice-pack. Odd things kept happening throughout the shooting but we held each other’s hand throughout it all.” Her eyes become moist again as she relives those moments. Sanjana has the habit of jotting down her memories in a diary. She felt awful when they couldn’t release the film on May 8 as planned because of the pandemic. She took to penning her thoughts to come to terms with it. She wanted to say so many things to Sushant but decided to save them for after the release. And sadly, he passed away before that could happen. But her interviews are giving her a chance to share what she felt about Sushant, and about his character, Manny. They provide her with some sort of closure because through them, she feels she’s telling him what she felt about him. “I wanted to tell him about how he helped me, how he has done well in the film, how I think it’s his best work till now… I wish I hadn’t waited for the release…” 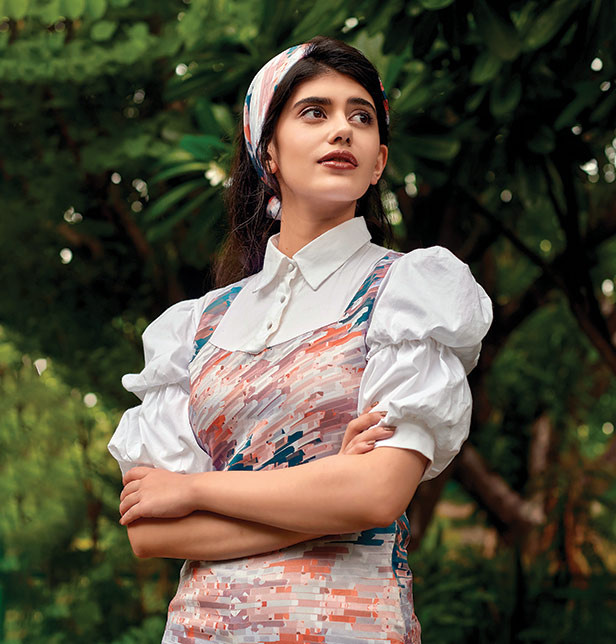