Home Celebrities This picture of Sonam Kapoor and Janhvi Kapoor is too cute to...
Celebrities 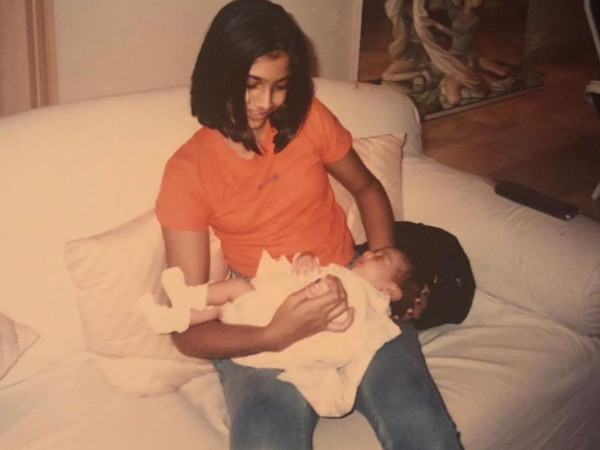 On the photo-sharing app Instagram, there is a new feature where one can post their story asking a question, ‘Post A Picture Of’ to their followers and then netizens can ask them what picture they would like to see. It’s fun when our celebrities indulge in this new feature as we get to see some unseen pictures and some really cute clicks from their archives.

Yesterday, Sonam Kapoor Ahuja posted an Instagram story asking a question – Post a Picture of… Soon her followers flooded her story asking her to post her picture in a saree to a mushy picture with her husband Anand Ahuja. But what really grabbed our attention were her childhood pics, which the actress happily shared. In one of the clicks we see a tiny tot Sonam holding a heart-shaped balloon in her hand and smiling ear-to-ear. In another one we see her mother holding her amidst a birthday party and Sonam smiling her infectious smile on for the camera. When one of her followers asked her to post a picture with Janhvi Kapoor, one expected a recent click or something from her wedding album. But she chose a picture from her archives, where we see Sonam holding baby Janhvi in her hands. Isn’t that adorable! Take a look at these clicks and enjoy as Sonam Kapoor goes down the memory lane.

Sonam Kapoor Ahuja has finally given her nod for a Hindi film after two years. She will be seen in Blind a film which is produced by Sujoy Ghosh. The actress is shooting for it in Glasgow and will soon return on the screen with this intense thriller.